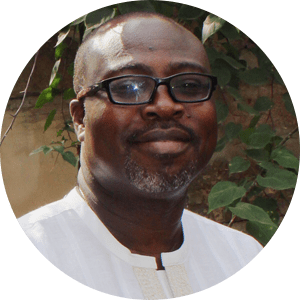 Dr. Akwasi P. Osei is Chairperson of the Department of History, Political Science and Philosophy and Director of the Global Societies Program at Delaware State University. He is also currently Associate Dean of the College of Arts, Humanities and Social Sciences (CAHSS), and founding Advisor and Chair of the Integrated Studies Major, the newest major at Delaware State University.  He was born in Ghana and educated there before earning his college and graduate degrees in the United States at Oberlin College, Ohio University, and Howard University.   His expertise is in Global Studies, International political economy, Africa in the international system, the African Diaspora and multicultural education, all areas in which he has published.  His latest publication is Global Societies: An Introduction co-edited with Dr. F. Odun Balogun.  His Recurrence and Change in a post-independence African State published in 1999 was reissued in 2003 in paperback.  Widely sought after as a speaker and consultant, he has appeared before organizations throughout the United States and Canada.   His honors include DSU’s Faculty Excellence Award in Service and the Distinguished Scholar and Educator award given by the Mid-Atlantic Writers Association.  He is on the editorial board of several scholarly journals and wasDistinguished Visiting Professor at the University of New Mexico; and a Ford Foundation Fellow at Howard University.  He has traveled widely around the world.   Dr. Osei is the Series Editor for Society and Politics in Africa at Peter Lang Publishers, Inc.   Dr. Osei spent fall semester 2006 at the Ghana Institute of Management and Public Administration (GIMPA) in Ghana as Dean of the former GIMPA School of Governance, Leadership and Public Management. .